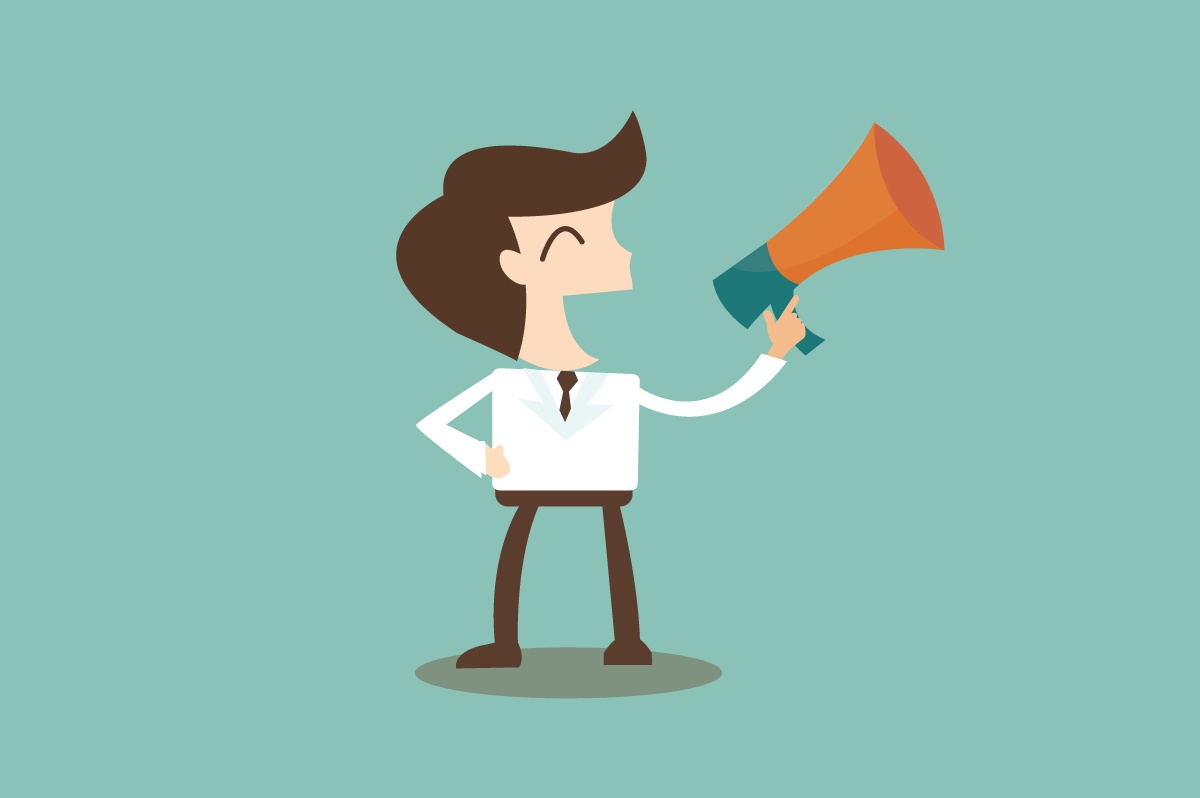 Your public relations (PR) team is celebrating. They just placed an article on the front page of TechCrunch and its driving huge traffic to the website.
It’s great news, of course. It’s a verifiable PR homerun! But, as a web analyst, you want to know more about the traffic that’s coming in from that article. Are those visitors engaged? Do they come back? Do they convert? What is the value of the placement to the business?
In the coming days, you’ll be able to measure the effect of this placement. As the data guru, your job is to identify the most effective campaigns and share that information with your PR team to help them produce the biggest bang for the marketing dollar. So, how will you communicate that analysis effectively to them?
To be effective, your report to the Public Relations team must present a clear picture of the quality of the traffic they generated, as well as the volume. This post shows some ways that you can do that. 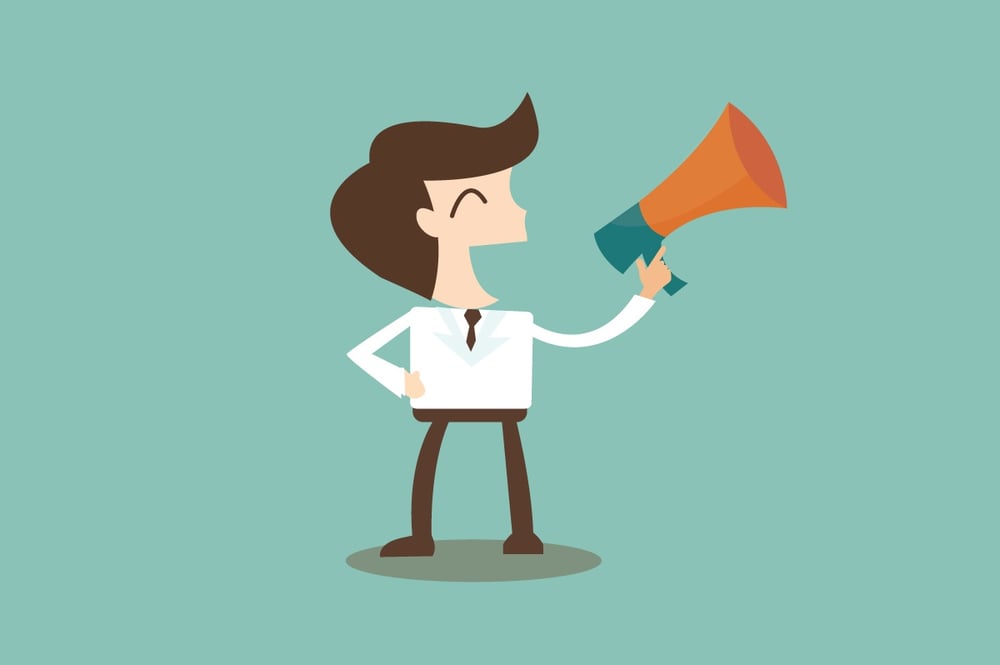 For many, PR is about growing the top of the conversion funnel for your company or client. It is about building brand recognition and brand authority. But that doesn’t mean PR specialists don’t also care about the results coming out at the bottom of the funnel. A good PR person knows it is the quality (engagement level) of the traffic sent into the funnel that determines the conversions happening at the bottom. So, in addition to measuring the volume of traffic generated, you, as the data guru, need to help them look at engagement metrics like Pages / Session and Avg Session Duration. And, of course, look at conversions.

In addition, a single campaign, reported in isolation, does not provide as much insight as a comparison with previous campaigns. By comparing the effectiveness of at least two campaigns, you will help the PR team to understand which news outlets drive traffic that is most valuable to your company or client.

In Google Analytics, you can compare the results from PR placements using custom segments. Here, we are using the segment builder to create a segment named “TechCrunch” that tracks the traffic from the TechCrunch placement.

Next, create another segment, named “PR Campaign B” to track an earlier campaign you want to compare with the TechCrunch campaign. In Google Analytics, navigate to Acquisition > All Traffic and select the two segments you’ve just created. 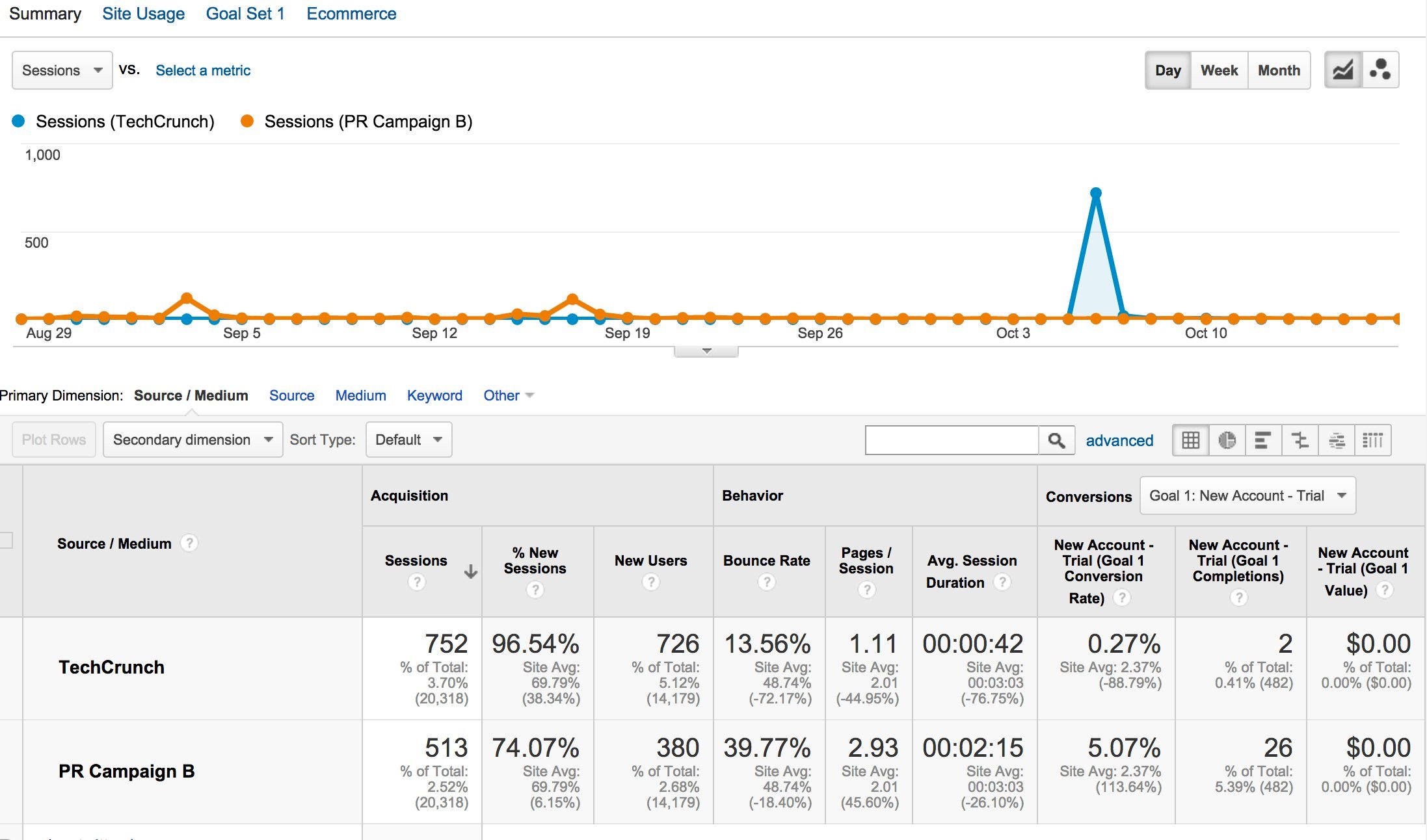 PR Campaign B was a series of two articles – so you can see two small spikes in traffic. The TechCrunch piece shows a single large spike – it clearly drove many more visitors.

However, to really compare the value received from these campaigns, you need to look at the engagement and conversion metrics in the table below the graph. Traffic, alone, doesn’t equal success.

The numbers show PR Campaign B produced better results than the TechCrunch article – at least from a conversions perspective. Help drive that point home to your PR team by including a chart showing the conversions over time in your report. 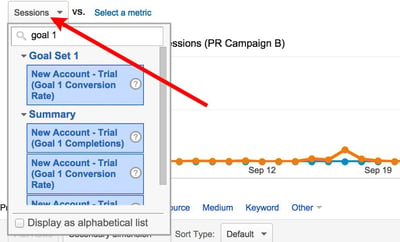 Here, we have selected “New Account – Trial (Goal 1 Completions)” to graph the conversions from each campaign.

This graph provides a totally different perspective on these two campaigns. Here, we are looking at the bottom of the funnel, and PR Campaign B is clearly producing superior results. Not only did it produce more conversions, but the conversions are continuing to happen, weeks after the two articles ran.

Which Campaign is Better?

So, which campaign is better? The answer depends entirely on your company or client’s objectives.

If the objective is building brand awareness and credibility, the volume of traffic and the authority of the news outlet is most important. An article in TechCrunch can build great credibility for a small technology company. Beyond just the traffic generated from this article, being featured in TechCrunch is something that can be used for promotional purposes on the website and other marketing materials.

But, if the objective is generating new business, conversions are most important.

For a PR campaign like the TechCrunch article, it is important for you to do some analysis to measure influence.

Here, we are going to use this report to measure and compare the influence of two campaigns. To do that, first create a custom Channel Grouping that tracks the two campaigns you are comparing. 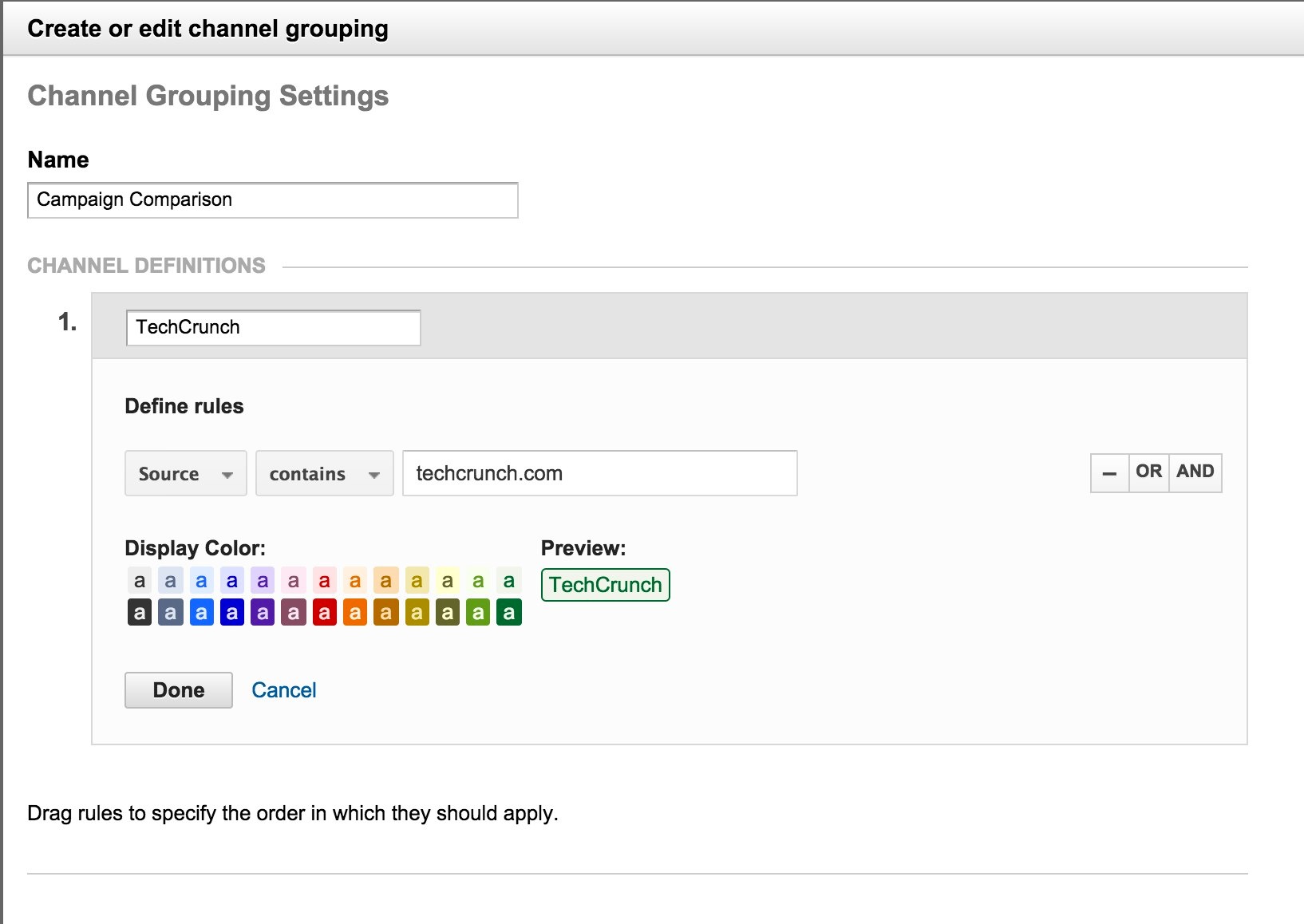 Once you have defined the rules, save the campaign grouping, and you will see a comparison in the table below.

We can see the TechCrunch campaign assisted in five conversions (“Assisted Conversions” column). This means that five people visiting from TechCrunch came back later, via another channel, such as Organic Search, and converted.

Looking at the “Last Click or Direct Conversion Values” column shows the number of people converting directly from each source. From this, we can see that TechCrunch is better at assisting than converting. PR Campaign B, on the other hand, converts more than assists.

When putting together a report for the PR team, be sure to focus on more than just the volume of traffic generated by the campaigns. Look at the engagement metrics and conversions as well, as this will help them to understand the true value their placements are creating. Reports are most useful when they compare two or more campaigns, as this helps provide insight into relative traffic volumes and behavior across news outlets.

Understanding Direct Traffic in Google Analytics
14 April, 2015 | Blog
When the client first came to you, you talked up the value of Google Analytics. You emphasized the importance of seeing where your traffic was coming from. You went on and on about how Google Analytics can show traffic sources to pinpoint whether people came from search, social media or a specific site referral, and how valuable this data was. You sold them on it, so much so that your client looked forward to receiving that first report, the magical day when they would finally understand where visitors were coming from.
But then the report came, and it looked like this:
It showed that 10% of your client’s traffic came from “(direct)/(none)”. What does this label mean? How do you explain Direct traffic to your client? Better yet, how do you explain “none”?
Let’s take a closer look at understanding Direct traffic in Google Analytics and how we can address it with clients.
END_OF_DOCUMENT_TOKEN_TO_BE_REPLACED
Understanding the Referral Report in Google Analytics
11 March, 2016 | Blog
Digital marketers spend a lot of time focused on PPC and SEO campaigns in order to drive desirable traffic to a website. The phrases we’re ranking for and bidding on get meticulous attention, so much so that we often forget about some of the other ways that visitors find us.

In this article, we’ll review how to look at referral reports in Google Analytics, and some of the many ways to use that data to better inform your web marketing decisions.
END_OF_DOCUMENT_TOKEN_TO_BE_REPLACED
Evaluating Google Analytics Traffic by Hour & Day
2 June, 2016 | Blog
Remember how your mom told you not to stand too close to the television because it might hurt your eyes?

Google Analytics makes it fairly easy to analyze trends over long periods of time. But it also allows you to stand right in front of that TV, to look at more granular levels of time, right down to the hour.
There’s a better way to get that close to the data, without burning your retinas. We’ll cover how to analyze traffic effectively in today’s post.
END_OF_DOCUMENT_TOKEN_TO_BE_REPLACED
More Blog Articles